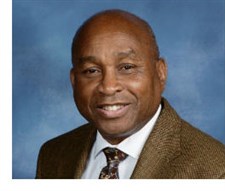 Let us remember with thanksgiving the life and ministry of Rev. Lawrence Noel Charles, 75, who died on Monday, February 10, 2020.

Lawrence Noel Charles was born on the twin-island state of Antigua and Barbuda in the Caribbean, to James and Hilda Charles, on February 24, 1944. His thirst for learning developed with a burning desire to be transformative in his engagement in and with society. After his graduation from secondary school in Antigua, the family migrated to the United States and settled in Brooklyn, NY.

Rev. Charles attended New York City Technical College, from which he graduated with an associate degree in graphic arts and advertising. He also attended the New York Institute of Technology, graduating with a Bachelor of Science in fine arts in 1974.

Rev. Charles served in the U.S. military and in the National Guard as a reservist from 1990 thru 2001, and was called to active duty in Kuwait and Iraq in 1991. While he was recuperating from injuries sustained in Desert Storm, he resolved to respond fully to the call to enter the ordained ministry. He entered New York Theological Seminary in 1992 and graduated with a Master of Divinity degree in 1996. He also completed a post-graduate certificate in pastoral care and counseling at the Blanton Peale Graduate Institute in Manhattan in 1997.

From 1998 thru 2001, Rev. Charles was employed by the New York City Board of Education as a special education teacher where he taught children with special needs using drama and other fine arts to inspire learning.

From 1996 thru 2001, he assisted in the ministries at John Wesley UMC in Brooklyn. He received his license to preach in June 2001 and was ordained an elder in The United Methodist Church on June 8, 2013. He pastored the following New York Conference churches: Stamford and Harpersfield UMCs in NY; First UMC of Jamaica, Queens, NY; St. Paul UMC, Jamaica, NY; and First UMC of Hollis, NY.  Rev. Charles retired from active ministry in 2016.

Rev. Charles volunteered regularly at Anchor House, a drug rehabilitation facility in Brooklyn. Twice monthly, he led Bible studies with residents and counseled with them. Once monthly, he volunteered with a Brooklyn nursing home conducting worship services. Rev. Charles loved to play soccer and dominoes, and he loved music, particularly calypso, reggae, gospel, and soca. He found great joy in preaching and telling people about Jesus.

On June 30, 2007, Rev. Charles married Magdalene Nanlal, who he met while serving at Stamford and Harpersfield UMCs. In addition to his loving wife, he is survived by his brother, Aldrick and his wife, Debbie, and family; his sisters, Myrna and Jean; and his close friends. Rev. Charles was preceded in death by his father and mother, James and Hilda.

Sympathies and condolences may be sent to his wife, Magdalene Charles, 1206 East 46th Street, Brooklyn, NY 11234.