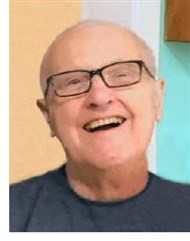 Let us remember with thanksgiving the life and ministry of Rev. Noe Torres, 80, who died on Thursday, June 24, 2021.

Noe earned a master's degree in pedagogy and served as principal at two schools in the town of Jayuya, Puerto Rico. In 1975 Noe accepted a call from the Lord to become a pastor. He attended the first two years of theological studies at the Evangelic Seminary of Puerto Rico. Noe moved to the United States to continue his preparation and received his Master of Divinity and Doctor of Divinity degrees from Union Theological Seminary in New York. In 1981 he was ordained an elder in the New York Annual Conference of The United Methodist Church. While in New York he pastored St. Stephen's UMC and Broadway Temple in Manhattan, as well as San Pablo UMC in Long Island City.

Noe presided over the Hispanic Council of the New York Annual Conference. He was also in charge of the direction of the Astoria Community Service Center in New York, where he greatly helped many Hispanic immigrants. In his desire to serve and reach others he opened the doors of the temple for the development of the art program (S.E.A) which was of great blessing to the church as well as the community. Under his pastorate he had the blessing of seeing pastors emerge including Rev. Rafael Garcia. Noe retired in 2005.

After 28 years in New York, Noe and his wife moved to Houston, TX where he served as a Hispanic pastor at Westbury UMC.

He was an exceptional husband and father. He would give the shirt off his back to help anyone in need. He loved listening to music. His laughter was contagious, and he loved telling jokes. He accepted everyone as they were and touched the lives of everyone he met with his charisma and wit. He was honest and full of life and always encouraged the word of God. Noe accepted and loved everyone equally. He will be greatly missed by all who knew and loved him.

Noe is preceded in death by his father, Eladio Torres, his mother, Narcisa Rodriguez Torres, and two siblings. He is survived by his beloved wife of 56 years, Veronica Torres; his son Jalil Torres and wife, Blanca; his daughters, Eylayne Zarate and husband, Gerardo, and Marlyn Torres; three brothers; four sisters; ten grandchildren and one great granddaughter whom he adored.