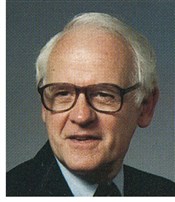 Let us remember with thanksgiving the life and ministry of Rev. Ralph Edgar Spoor, Jr, 95, who entered the church triumphant on February 2, 2021 at the Wilson Health Care Center, Asbury Methodist Village in Gaithersburg, MD.

Born in Utica NY on May 3, 1925, Ralph was the son of Ralph and Ethel Bauder Spoor. In 1935, the family moved to Stamford, NY where his family operated a furniture and funeral service known as Spoor & Tillapaugh.

Ralph graduated from Drew University & Theological Seminary and received a masters in religious education from New York University. Ralph received his deacon’s orders from the United Methodist Church in 1948. Also in 1948 he was joined in marriage to Betty Jo Powers of Lexington, TN. Together they served many churches in the New York Conference: Ossining Heights, NY; Trinity and Chelsea UMCs in Beacon, NY; Ellenville, NY; Tarrytown, NY and Christ UMC in Manhattan. Ralph and Betty Jo had three daughters, Nancy, Cynthia, and Susan. Betty Jo died in 1965.

In 1967 Ralph married Ruth Almgren. Together with the girls, they continued his ministries at Nichols UMC in Trumbull, CT; as district superintendent of the Connecticut Central District; as executive secretary of the United Methodist Development Fund; and again in local church ministry in Milford, CT; and Southold, NY.

Ralph retired in 1987. He and Ruth enjoyed many years of traveling by Airstream trailer and Matthews Cruiser to many parts of the U.S. and Canada. When not travelling internationally, they wintered in Florida at their home in Fort Myers and summered in Vermont at their camp at Lake Groton.

Ruth and Ralph moved to Asbury Methodist Village in 2003 to be closer to their daughters, all living in the Washington DC metropolitan area. They continued to spend the bulk of their time traveling in their Airstream until August 2017. In addition to travel, Ralph enjoyed making jewelry, sketching and painting, and many of his paintings are displayed throughout the Asbury complex.

Ralph and Ruth celebrated their 52nd wedding anniversary in November 2019; Ruth passed away on April 13, 2020.

The family would like to recognize and express their deep appreciation to all the staff of Kindley Assisted Living and the Wilson Nursing Center for the compassionate care they provided to Ralph since he lost Ruth during this especially difficult time due to the needed social distancing in place to combat the Covid-19 virus.

Memorial service plans will not be finalized during this time of Covid-19. Memorial gifts can be made in his name to Asbury Foundation.