The Reverend Richard A. Thornburg

The Reverend Richard A. Thornburg 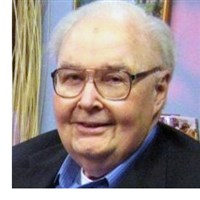 Let us remember with thanksgiving the life and ministry of Rev. Dr. Richard Addison Thornburg, 91, who entered the church triumphant on Monday, October 22, 2018 in Peabody, MA.

Richard was born in Chicago, IL to the late Amos A. and Elizabeth Sutherland Thornburg. He was raised and educated in Providence, RI, graduating from the Moses Brown School. He continued his education at DePauw University in Greencastle, IN. After graduation he was called to serve God and attended Union Theological Seminary in New York. Following his graduation from seminary, he began his career as a religious leader, pastoring many over the course of a long and well-lived life.

Rev. Thornburg became a provisional member of the New York Conference in 1949, serving South Highland and Van Cortlandtville Community UMCs. He was ordained a deacon in the New York Conference in 1950 and became an elder in full the following year. He was appointed to Trinity UMC in Richmond Hill (Queens), followed by appointments to Southampton UMC and the UMC of Floral Park, NY. In 1966 he became pastor of Norwalk UMC in CT and spent 13 years leading that church. In 1978 he was appointed district superintendent of the Connecticut West District of the New York Conference. He served on many district and conference committees and was always steadfast in his dedication to the church and his fellow clergy. After serving six years as district superintendent he was appointed to Memorial UMC in White Plains, NY. His last appointment in 1990 was to Memorial UMC in Avon, CT. Richard retired in 1994 after more than 45 years in ministry.

Rev. Thornburg was highly regarded and respected. He mentored many young clergy throughout the years. He was steadfast in his beliefs and deeds, and carried himself with great dignity, humility and reverence throughout his life. He was a passionate leader, a loving husband, a devoted father and a caring friend.

In 2004 Richard moved to Brooksby Village retirement community in Peabody, MA. He had a great impact on the community, always looking to improve the quality of life for his fellow residents. He was the architect and co-founder of the Benevolent Care Fund at Brooksby Village, as well as a steadfast supporter and champion of the Village’s student scholarship. He represented residents as chair of the resident advisory council for many years and will be remembered for his weekly television program. He also enjoyed singing with the Protestant Choir at Brooksby Village.

Richard’s beloved wife, Joyce, died in 2016. He is survived by his sons, Richard W. Thornburg and his wife, Lynette, of Suffield, CT; and John D. Thornburg and his wife, Elizabeth, of Dallas, TX. He is also survived by his grandchildren, Kate Betz and her husband, Dave, of Austin, TX;  Jonathan Thornburg and his wife, Amanda, of Charlottesville, VA; Jennifer Osowiecki and her husband, Noel, of Windsor, CT; and Stephanie Stone of Windsor, CT. He also leaves eight great grandchildren; his sister, Mary Elizabeth Cooper, of Rochester, NY; his sister-in-law, Ann Thornburg, of Eau Claire, WI; and several nieces and nephews. He was the twin brother of the late Robert Thornburg, who was also called to a distinguished life of service to God and the church. His niece Amy (Lidstone) was a beloved companion. His family rejoices at his reunification with Joyce and a peaceful end to a truly meaningful life.