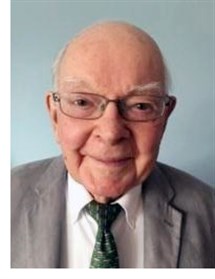 Let us remember with thanksgiving the life and ministry of Rev. Richard Jordan Rice, 87, who died on Tuesday, October 6, 2020 in Interlaken, NY. He was born on March 19, 1933 in Flushing, NY, the son of George Byron Rice and Thelma Aline Rice.

In 1980 he was appointed superintendent of the Metropolitan District of the New York Annual Conference, and in 1984 he became associate executive director of the United Methodist City Society, a position he held until his retirement in 1999. While at the City Society he oversaw the purchase and renovation of a new facility for Anchor House, a residential drug treatment facility for men and women in Brooklyn, and the renovation of Camp Olmsted, a camp for inner city children and a retreat center in Cornwall-On-Hudson, NY. After retirement, Rev. Rice served as interim pastor to United Methodist churches in Trumbull, CT, Katonah, NY, and Dobbs Ferry, NY. He served as interim superintendent of the Long Island East District in 2007-2008.

As a Biblical storyteller, Richard shared the story of Jonah in more than 400 churches across the United States. His Biblical Storytelling was often a highlight at NYAC events and allowed participants to see and hear familiar stories in a different voice and from a different perspective. His avocations included walking, magic and travel.

For many pastors in the New York Conference, Richard was an assigned as well as unassigned mentor. Quoting a statement from Rev. Sara Lamar-Sterling’s post on Facebook, “I was so fortunate to start out in parish ministry with Richard. He was so creative, he loved the congregation, United Methodism, and having fun while working hard. And, wow, did he work hard! I will be forever grateful for his friendship and mentoring.”  Richard was beloved by both clergy and laity, who have many stories to share.

Funeral services and burial will be held at a later date. Donations in memory of Richard can be made to the United Methodist City Society or to Anchor House.