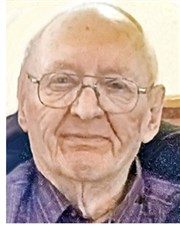 Richard was raised in New Haven and graduated from that city's schools before earning a bachelor's degree from The Defiance College in Defiance, OH. He went on to do graduate work at the Bangor Theological Seminary, Boston University and Queen's University in Kingston, Ontario.

Richard had a second career as a New York State Corrections Officer, after which he retired with his wife of 57 years, Louise V. Mellerup, to Bangor ME. His hobbies were freshwater fishing and especially amateur, a.k.a. HAM, radio; he was a proud member of the Pine State Amateur Radio Club. He was also a longtime member of the Orono UMC.

Richard's wife predeceased him in 2012. He is also predeceased by a son, Kevin; a brother, William; and a sister, Janet. Survivors include his sons, Richard D. Mellerup and his partner, Meredith Cahill, of Tuckerton, NJ; and Benjamin C. Mellerup and his wife, Dr. Lois Anne Kuntz, of East Machias, ME. He is also survived by many members of his wife's large extended family and by two special friends in his last years, Myrna and Sunshine.

A memorial service will be announced in the spring. Those wishing to remember Richard are encouraged to donate to one of his favorite charities, Doctors Without Borders, a timely charity considering the war in Ukraine.