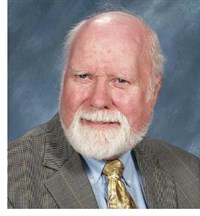 Let us remember with thanksgiving the life and ministry of Rev. Walter H. Everett, 85, of Lewisburg, PA, who died on Friday, January 31, 2020 at the Geisinger Medical Center, Danville, PA.

Walter was a 1952 graduate of Kearny High School in New Jersey and later earned his bachelor's and master's degrees from Drew University. He spent his entire life as a Methodist minister serving in New Jersey, New York, Connecticut and Pennsylvania. While serving in the New York Conference he pastored Woodrow and Wesley UMCs on Staten Island, Stamford and Harpersfield UMCs in New York, Jesse Lee UMC in Easton, CT and UMC of Hartford, CT.

Walter lived his life caring for others and believed strongly in the acceptance and forgiveness of mankind. This passion towards helping others is evident in his active pursuit of eliminating the death penalty and involvement in the organization Murder Victims' Families for Reconciliation (MVFR).

Walter had a sense of humor greatly known amongst family and friends. He was an avid sports fan, especially his New York Mets and Giants, as well as the University of Connecticut sports teams. For many years, he was a member of the Kiwanis Club, and most recently, the Sunrise Rotary Club in Lewisburg, PA.

In addition to his wife, Nancy, he is survived by four children: Wayne W. Everett of Connecticut; Janna Marazita and her husband, Daniel, of Connecticut; Michael Nogan and his wife, Susan, of Maryland, and Mary Jo Shields and her husband, Michael, of South Carolina. He is also survived by one sister, Carolyn Hooper, of Florida; and eight grandchildren, Shea, Daniel Jr., Casey, Sean, Zachary, Jessica, Garrett and Ann Caroline.

In addition to his parents, he was predeceased by one son, Scott Everett; a twin brother, Arthur Everett; one sister, Harriet Bloemeke; and Nancy's son, David Nogan.

A memorial service will be held at 11:00am on Friday, February 7, 2020 at Beaver Memorial UMC, 42 S. Third St., Lewisburg, PA with the Rev. John Dromazos and the Rev. Terry Pfeiffer officiating. Burial will be held privately at the convenience of the family.

The family will provide the flowers and suggest contributions in Walter's memory be made to the Pennsylvania Prison Society, 230 South Broad St., Suite 605, Philadelphia, PA 19102 or online at www.prisonsociety.org.