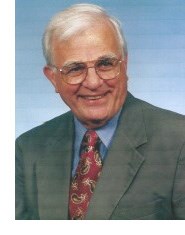 Let us remember with thanksgiving the life and ministry of Rev. Wendell Cornelius Shepherd, 93, of Ooltewah, TN who passed away peacefully at home on November 30, 2020. He was born on November 1, 1927 in Lafollette, TN.

Wendell served in the United States Army during WWII. He was a graduate of The University of Tennessee at Knoxville, obtaining a bachelor's degree in education. He taught English at the high school level in his hometown of Lafollette, TN. He later received two master’s degrees in theology from Drew Theological School and New York Theological Seminary, leading to a long career serving others as a Methodist pastor in both Tennessee and New York.

Wendell came to what was then the New York East Conference in 1959 and served the following churches in New York: First UMC in Amityville, Katonah UMC and Ardsley UMC. He retired in 1993, and served First UMC in Greenwich, CT for two years in retirement. Wendell and his wife, Genevieve, then retired to Dandridge, TN. They moved to the Ooltewah, TN area in 2017 to be closer to family.

Graveside services and interment were held on Sunday, December 6, 2020 at Grantsboro Cemetery in LaFollette, TN with his nephew, John David Shepherd, officiating.