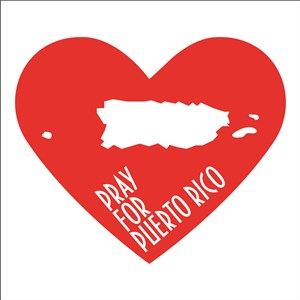 Leaders of the Methodist Church of Puerto Rico (MCPR) and the community outreach program, Rebuilding Communities with
Hope (REHACE) have briefed United Methodist Committee on Relief (UMCOR) leaders on the current state of affairs on the
island.

Early reports indicate that all MCPR /REHACE staff and case managers are safe and accounted for at this time.
Case managers will be doing assessments today of the homes
of participants/clients; the areas directly affected by ​the earthquakes are not areas in which MCPR has been working.

We anticipate that additional information about the condition of the island will be shared later this week.

Some 2,000 earthquakes have hit Puerto Rico since December 28—predominantly in the southwest municipalities, but also in other parts of the island. The strongest was a 6.4 in early January but multiple aftershocks continue daily, including a 5.0 two days ago.

More than 500 homes have been destroyed and many others structures (including schools, apartment complexes and public buildings) were damaged, according to recent reports. In addition, more than 8,000 people are currently living in municipal or “pop-up” shelter camps. Residents have lost homes or sustained damage, while others are simply afraid to remain in concrete structures.

The MCPR, through ReHace, has been a partner in this response effort from the outset. Due in part to its current Maria response effort, and the Church’s presence throughout the island, ReHace has established 15 distribution sites for the reception and disbursements of emergency supplies.

Brigades of “Hope and Love” have been oriented and sent to areas to provide spiritual and emotional care. On January 18 more than 80 persons took part in a psychological first aid training coordinated by church. Many are currently disaster case managers. Working with UMCOR, ReHace will establish and monitor a call-in center at the PRVOAD. All are mindful of the urgent need to find suitable housing for displaced persons as the hurricane season begins June 1.

No goods or supplies are needed or requested at this time. The situation is also not appropriate for volunteer teams. All volunteers will continue to be deployed to Maria-affected communities.

The NYAC Missions office continues to be the point for all mainland-based volunteer teams deploying to Puerto Rico as part of the Maria recovery effort.