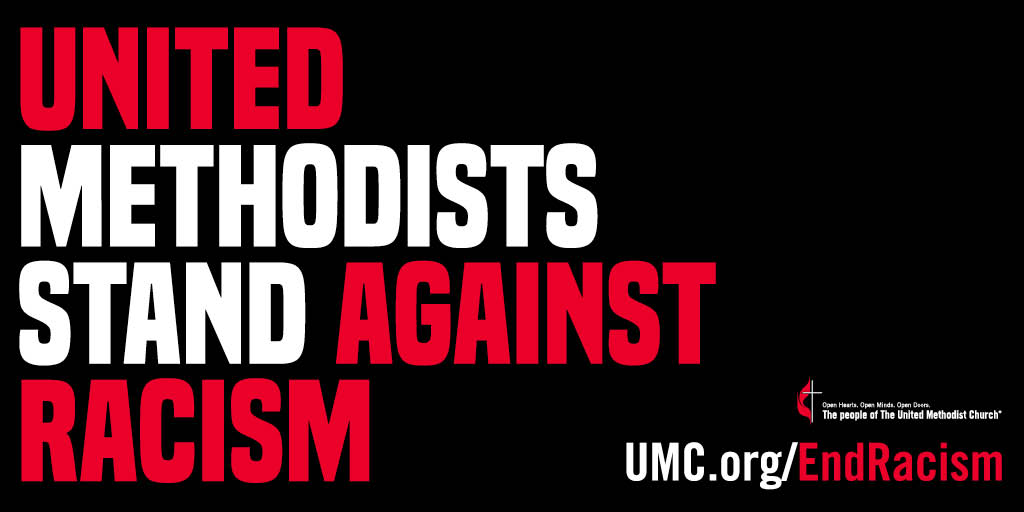 What Does the United Methodist Church Say About Racism?

United Methodist Church leaders launched a plan of action to galvanize church members and others to actively stand against racism in the wake of the death of George Floyd and protests here in the US and abroad.

The “Dismantling Racism: Pressing on to Freedom” initiative is a multi-level effort throughout the church to initiate a sustained and coordinated effort to dismantle racism and promote collective action to work toward racial justice.
This church-wide effort kicked off on June 19, 2020 to coincide with Juneteenth, the commemoration of the end of slavery.

Watch the announcement from members of the United Methodist Council of Bishops below:


A Pastoral Letter from the Northeastern Jurisdiction of the United Methodist Church
The Bishops of the Northeastern Jurisdiction have been in deep conversation, prayer, and mutual strategy in
recent days regarding the deep and intentional ways that each of us can and should be responding to the depth
of systemic racism that has been revealed in the murder of George Floyd. The resulting Pastoral Letter offers a thoughtful assessment on addressing the evil of racism from a faith perspective.

COB Supports Minnesota Area Bishop in Call for Christians to Fight Pandemic of Racism Bishop
Bruce Ough, resident bishop of the Dakotas-Minnesota Area (which covers the city of Minneapolis) provides a profound and prophetic word on the death of George Floyd at the hands of four Minneapolis police officers. The Council of Bishops supports and embraces Bishop Ough’s response and invites all United Methodists everywhere to address the pervasive pandemic of racism acknowledging that racism is a sin and antithetical to the gospel.

United Methodist Stand Against Racism Campaign and Resources for UMC Churches
Local churches are encouraged use/ adapt the materials created by UMCommunications for its ongoing "End Racism" campaign. The campaign includes a national ad buy that will appear on select news networks across the country; national websites; and social media. Digital billboards in Minneapolis, Louisville, Atlanta and Houston went live during the second week of June. You can use the link above to access a range of branded materials including banners, posters, videos, social media graphics and more.